Last week, a new [fossil] was unveiled. This one comes from the oceans of the Ordovician period (around 450 million years ago) and it’s a trilobite. 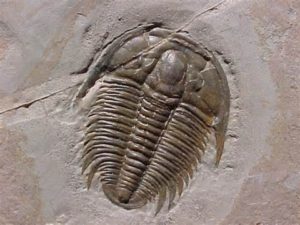 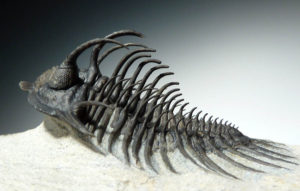 Trilobites are extinct arthropods (spiders, insects, millipedes, centipedes, crabs, lobsters, scorpions and more). They only lived during the Paleozoic Era (542-251 million years ago), but they had around 17,000 species (there’s only 5,400 species of mammals)! Trilobites came in a huge variety of shapes and sizes. Some of them were over 70 cm long and some were only 1 cm long.

The largest trilobites. From here.

The name “trilobite” comes from the three lobes that make up its body – the two side lobes (pleural lobes) and the central lobe. Note: they are not named for their cephalon (head), thorax, and pygidial (butt) lobes. 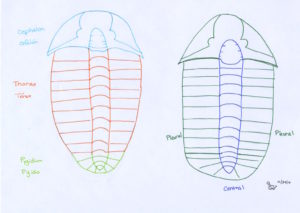 2 ways to divide a trilobite.

Since arthropods shed their exoskeletons to grow, we have many fossils of the same species, showing how an individual develops. 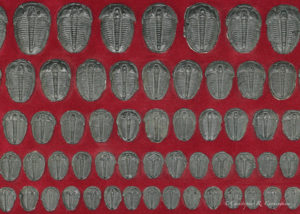 A growth series of a single species of trilobite. From here.

This new fossil shows something egg-straordinary. It has eggs preserved with it! The eggs are located under the cephalon of the trilobite. Even though trilobite eggs have been found before, they’ve never been found with an adult trilobite! 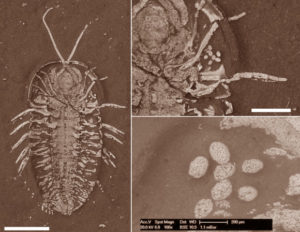 Figure 1a, d, and e from the paper showing the fossil and the eggs underneath the cephalon.

From this we understand that trilobites carried their eggs outside of their body, but tucked underneath their heads. Not on [kite strings] like other extinct arthropods.