This post will start out a bit differently because I want you to understand how amazing titanosaurs are before getting into the news about them. 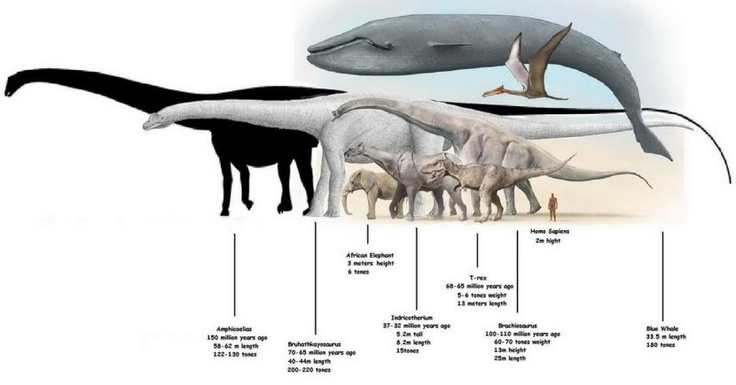 How did they get so big?? Good question! Saurischian dinosaurs, including the sauropods and theropods, developed a system of air-sacs in their body. We know this because when the air sacs were big enough, they started invading near by bone and leaving hollow spaces. These air sacs connected to the lungs and created a one-way system of respiration that is super efficient. Birds still rely on this system today.

Simple animation of how a bird breathes. Take from here.

Compared to a mammal breathing. Taken from here.

In short, titanosaurs are really amazing.

This week (April 2016), two articles were published about titanosaurs!

First, a wee baby Rapetosaurus krausei from Madagascar was [described]. This little baby shows that titanosaurs grow isometrically. Isometric growth is when your shape does not change as you get bigger. This is in contrast to allometric growth, where shape does change as you get bigger. Humans, among many examples, grow allometrically, so our baby shape is very different from our adult shape: 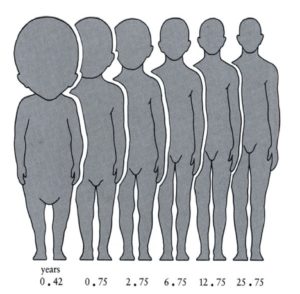 Our bodies change shape as we get bigger. Taken from here.

Titanosaurs are adult-shaped from when they hatch:

Figure 1A from the paper showing how the baby bones (yellow, green, blue) have the same shape as the adult bone (black). The smallest grey titanosaur is just hatched, the colored one is the size of the specimen they had for the paper.

Second, an almost complete skull of the new titanosaur (from Argentina!) Sarmientosaurus musacchioi was [described]. It was found near the town of Sarmiento, Chubut.

Look at it! It’s beautiful. (This is figure 3c from the paper.)

It’s so well preserved that the authors were able to CT scan it and create an endocast (a representation of the brain and surrounding structures). 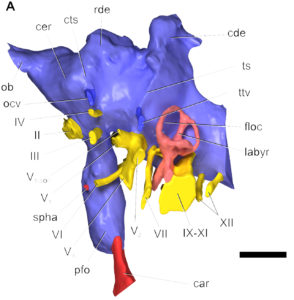 Figure 9a from the paper – a reconstructed 3d brain (front is to the left) showing all the structures.

They were also able to use it to analyze the evolutionary relationships of titanosaurs. They ran the analysis several ways and found the same result each time: that Sarmientosaurus is an early member of the most derived titanosaurs, the Lithostrotia. The age of the rocks where Sarmientosaurus is found is older than other members of this group and makes their evolution older than what we had previously thought.

The age, evolutionary position, and great preservation of this new titanosaur helps answer many questions about the evolution of the most derived titanosaurs. It’s a spectacular discovery and addition to our knowledge of the largest land animals that ever lived.

PS: If you want to see one fully reconstructed, the American Museum of Natural History recently unveiled [one]: 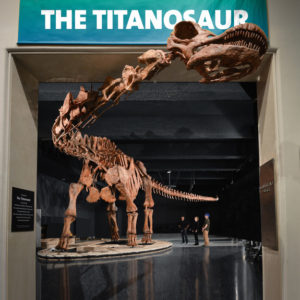 The AMNH titanosaur in all its glory.