I’m starting off the year with the [discovery] of a fossil plant. This fossil was found in a fossil caldera lake (a lake that forms inside the top of a volcano) that dates to the early Eocene in the province of Chubut, Argentina. The formation is called Laguna del Hunco. 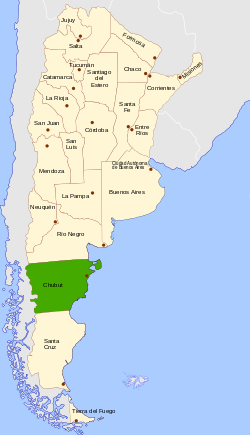 A map of Argentina showing the location of the province of Chubut. From Wikipedia.

The fossil is of a fruit with a calyx (the leaves at the base of a flower or fruit that protect it) with 5 inflated lobes that completely surround an internal berry. These characteristics are exactly like the living tomatillo. Using these features and computer analysis, the authors know that the fossil belongs to Solanacaea (the nightshades like eggplant, tomatoes, and others) and can place it with the Physalis genus (tomatillos and groundcherries). 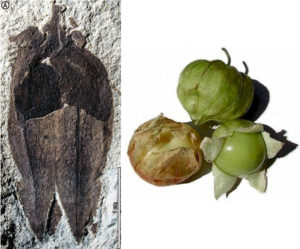 Figure 1A from the paper on the left, showing the new fossil. A living tomatillo on the right for comparison (From Gourmet Sleuths).

They named the fossil Physalis infinemudi (in fine mundi means ‘at the end of the world’ for Patagonia, where the fossil was found, and referring to the age of the fossil). The age of the fossil is particularly interesting. The authors date the fossil to 52.2 million years ago – 30 million years older than the other estimates of evolution for this group! This places the fossil during the last stages of the separation of Gondwana (the landmass made up of the southern continents: South America, Australia, Antarctica, Africa, India). This analysis, along with others, shows that many of the plants from Gondwana evolved much earlier than previous estimates had calculated.