Cockroaches are known for surviving multiple extinction events on Earth. They evolved around the Carboniferous Period (360-300 million years ago) and modern versions appear in the fossil record in the middle of the Mesozoic Era. 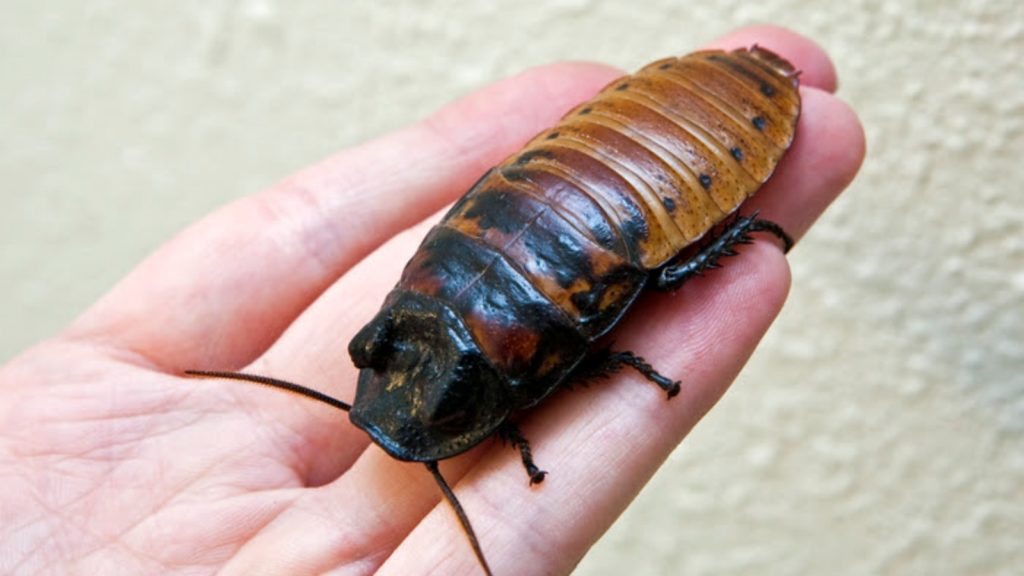 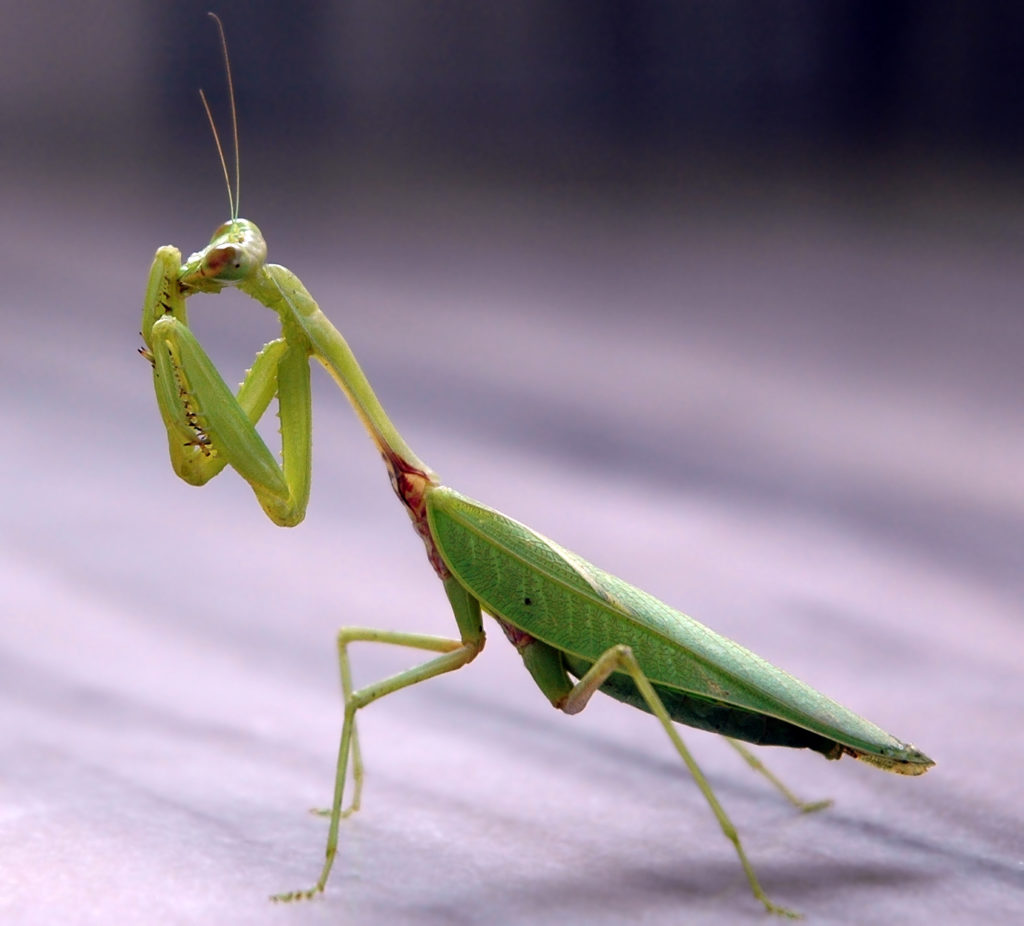 Today, praying mantises hunt prey by ambushing animals as they come close. Mantises are normally camouflaged to blend in with their surroundings. When a particularly tasty insect comes by, they attack! They have a single pair of arms they use for catching and holding prey (called raptorial arms). Each arm has a set of spikes that help hold the prey in place. But did they always use one pair of arms for this job? 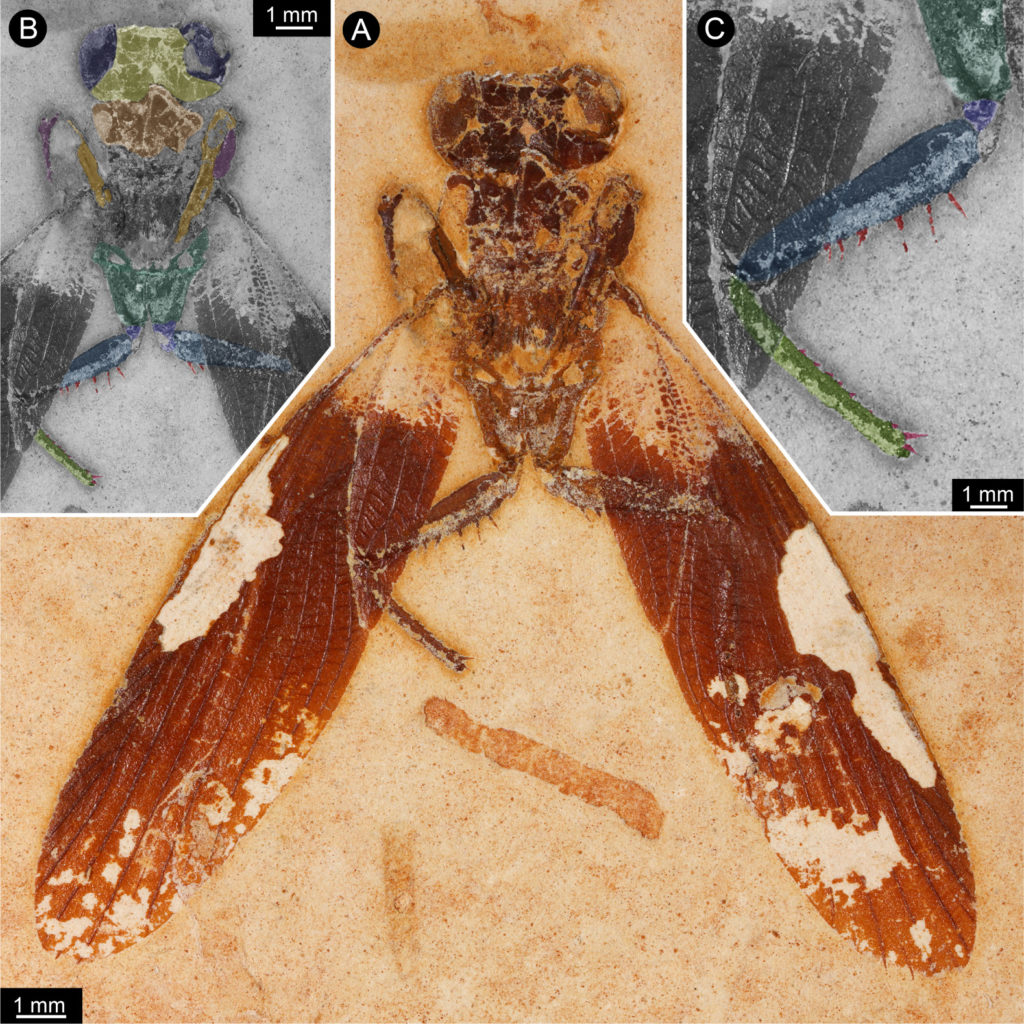 Figure 1 from the article showing the fossil in the center. On the left, the different body parts are colored (eyes are dark blue, head is yellow, body and arms are the other colors). On the right is a close up of the second set of arms.

A new 110 million-ear-old [fossil] from Brazil shows us a different idea. This exceptionally preserved mantis shows a pair of wings, the head, part of the first body segment, and the first two pairs of arms.

The interesting thing is that both the first and the second pairs of arms have spikes on them. Since these spikes are used to catch and hold prey in modern mantises, we know that this fossil mantis was probably using its second pair of arms to help hold prey. This fossil shows us that extinct mantises may have hunted a little differently than what we see today. 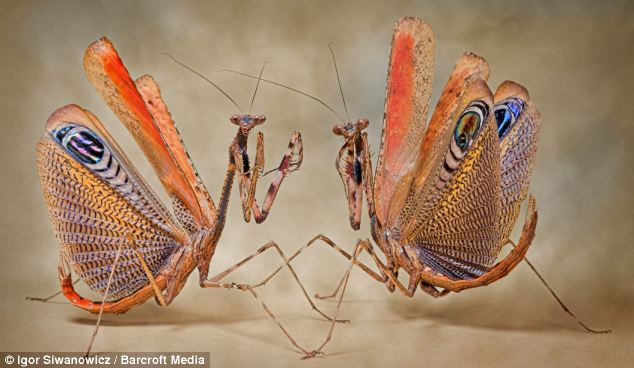 A couple of praying mantis showing their colors. Photo by I. Siwanowicz.

*To be clear, mantises did not evolve from cockroaches. Both mantises and cockroaches evolved from an ancestor that looked more like a cockroach.