In mid-October, a [paper] was published that described the first voicebox ever found for an ancient bird. Let’s dive right in!

Off the coast of Antarctica, there is an island called Vega. It sits just east of the Antarctic Peninsula. 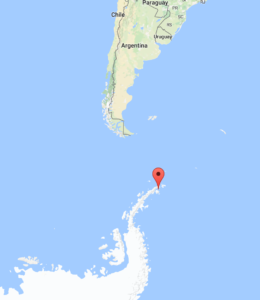 Two specimens of the extinct duck, Vegavis iaai were found on that island in the early 1990s. The name means ‘bird of Vega’: “Vega” for the island where it was found, “avis” meaning bird in latin, and “iaai” for the Instituto Antártico Argentino (IAA), which led the expedition. The fossils date back to the late Cretaceous (69-66 million years ago). 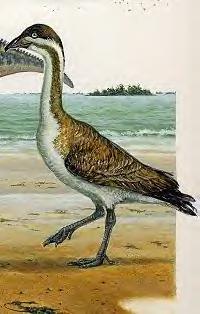 These specimens are amazing because they show us that modern groups of birds, like the ducks, were already present in the Late Cretaceous. Now the story gets even cooler. The authors of this paper CT scanned the second specimen of Vegavis and noticed something that had never been found in a dinosaur fossil.

This specimen has a voicebox preserved in its chest! Many animals produce sounds using their larynx (a section of the windpipe, or trachea, that houses the vocal chords). In birds, the voicebox (called a syrinx) is actually lower in the chest, at the base of the trachea.

This structure is made of cartilage and can fossilize easier than soft tissue, however, no one has ever found a fossilized syrinx until now. Using CT scans, the authors found that the syrinx has fused rings, which is a feature usually found in more derived birds. They also found that the syrinx is slightly asymmetrical, which is only found in birds with two sound sources. Sometimes this asymmetry can be used to tell the sex of the bird as males will have more asymmetrical syrinxes. 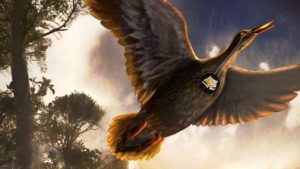 Because Vegavis was found to be an early duck, and because of the features of the syrinx, the authors think that Vegavis was probably able to produce honks and other simple calls like modern ducks and geese make.

The question is – why do we only find syrinxes in the Late Cretaceous? Crocodilians have a larynx that only has a little mineral component, meaning it doesn’t fossilize as well. We don’t know what dinosaurs had, but we do know that at some point they had to evolve a syrinx since that’s what birds have today. Perhaps we do not find earlier fossil syrinxes because they were only evolved later in bird evolution. Or maybe we’ll find earlier syrinxes in the fossil record. What do you think we’ll find?