This week an [article] was published describing an odd growth on the face of a hadrosaur. Hadrosaurs are duck-billed dinosaurs, like the famous ‘Ducky’ from The Land Before Time. 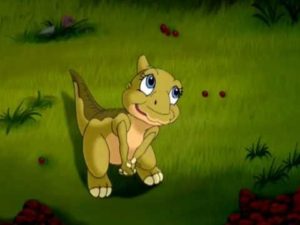 Ducky from The Land Before Time (from Universal Studios).

This dinosaur is a specimen of Telmatosaurus transsylvanicus, which is a hadrosaur from the Cretaceous of the central part of Romania called Transylvania. Even though the hadrosaurs are a well-known group of dinosaurs, this specimen is special because it has a growth on its face. The authors of the paper used CT scanning to look at the inside of the bone. They found that the growth is probably a non-cancerous growth around the teeth of the lower jaw. 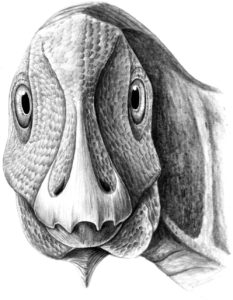