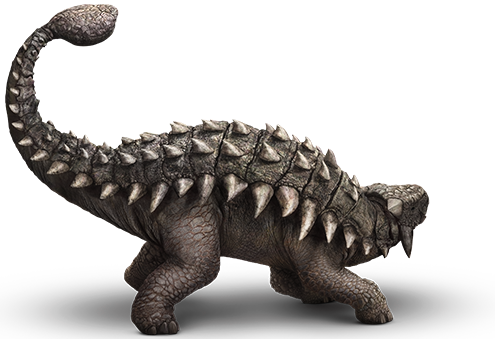 A new [study] tested several hypotheses to figure out which is the most likely to explain the upside-down fossils. The authors tested 4 hypotheses. The first was the ankylosaurs were just clumsy and would fall down hills and land upside down. This idea is hard to test, and seems unlikely, so the authors moved on.

Turtles can actually flip themselves over when they’re on their backs (though it’s nice to have help from a friend). Ankylosaurs would not have been so successful if they could not do the same.

The second hypothesis was that predators would flip the ankylosaurs over and eat them, leaving the remains to be preserved upside-down. The authors examined 36 ankylosaur specimens and only found 1 with any tooth marks on it. They rejected this hypothesis, since it did not seem that the upside-down ankylosaurs were eaten. 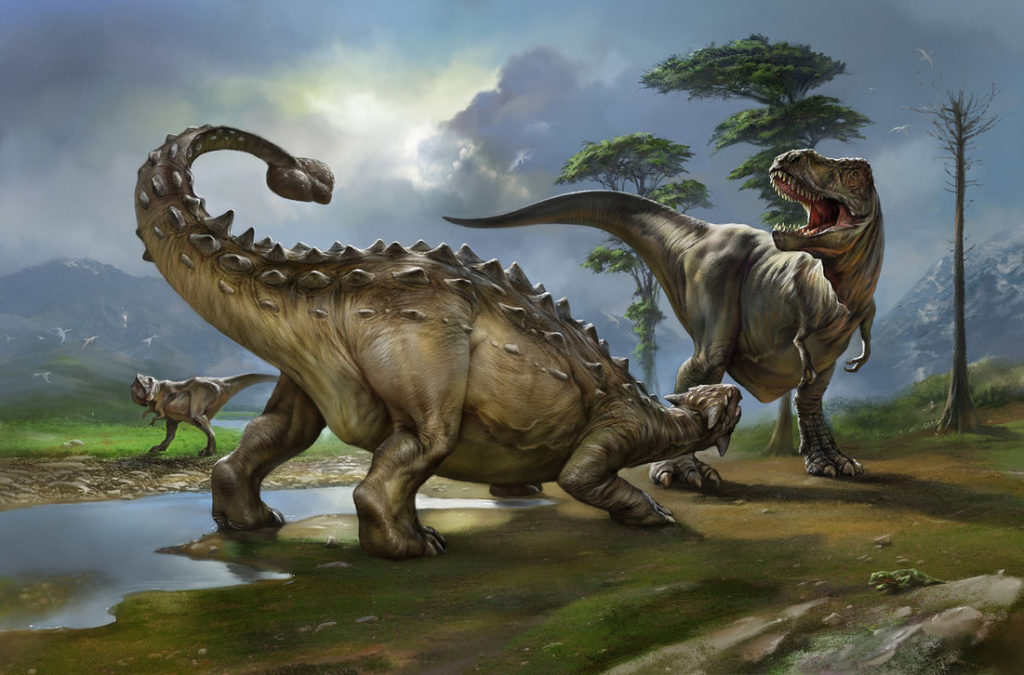 A picture of an ankylosaur being threatened by a T. rex. By Eldar Zakirov.

The third hypothesis was that dead ankylosaurs would wash into a river. Once there, it would start to decompose. The process of decomposition releases a lot of gas, which gets trapped inside the body of the animal, causing it to float. The armor on the back of an ankylosaur would weight more than the gas-filled belly, and the whole dinosaur would flip upside-down. Eventually it would settle to the bottom and be preserved upside-down. To test this, the authors created computer models of a bloated ankylosaur and a bloated nodosaur (an ankylosaur with no tail club). They found that the nodosaur would tip very easily and would flip over more readily. The ankylosaur had a more difficult time flipping over. 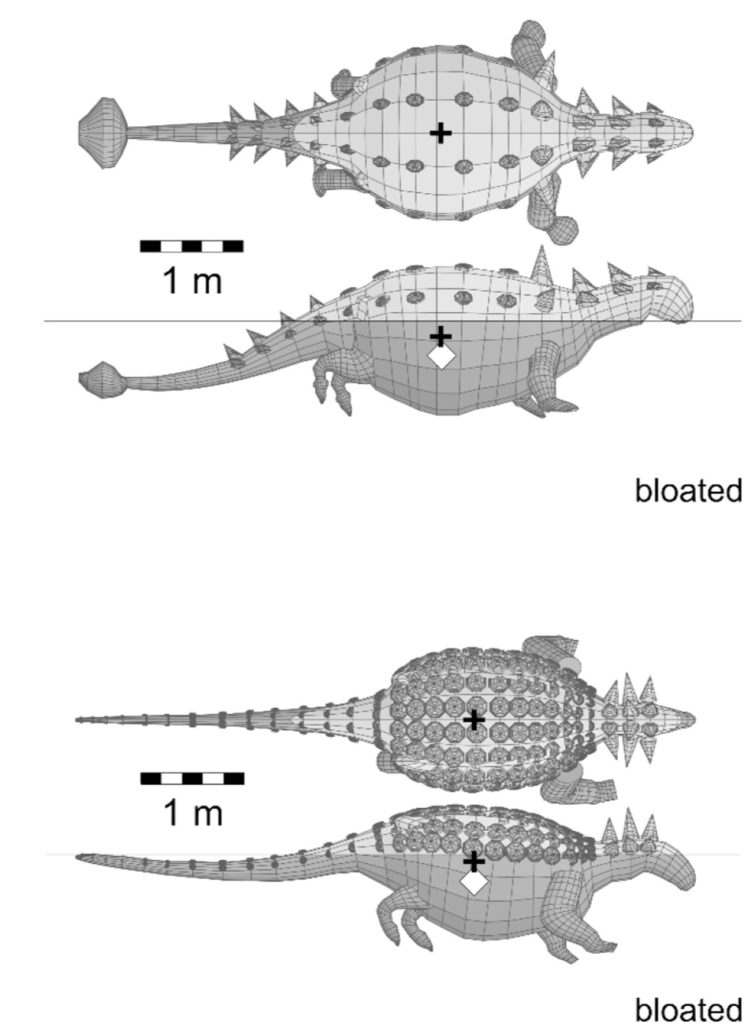 Figure 3 from the paper showing the bloated ankylosaur and nodosaur. The plus and diamond symbols are place markers for the computer simulations to test how easily they would flip over.

The last hypothesis was that the ankylosaurs would roll over as the decomposed on land. The authors tested this by examining road-kill armadillos and by watching 22 armadillos decompose in a more controlled setting. They did not find support for this hypothesis as the armadillos were equally likely to be found on their sides, stomachs, and backs.

The authors concluded that the most likely scenario is that the ankylosaurs would get washed into a stream or into the ocean, bloat from decomposition, and roll over as they floated along. Once the gases escaped, they’d sink to the bottom and get fossilized. This study took it upon itself to test a long-standing idea that had never been tested. Now we have a better notion for how ankylosaurs were preserved and more about their biology.