Our Tale of Two Fishes continues today with an exciting [article] that came out in mid-March (2016). The article talks about the Tully Monster (Tullimonstrom gregarium), the state fossil of Illinois (USA), and a particularly difficult fossil to understand. 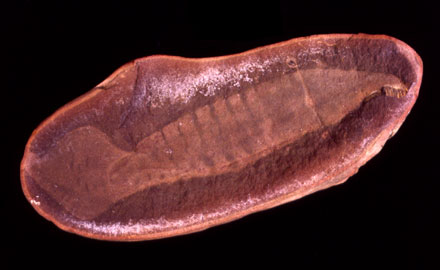 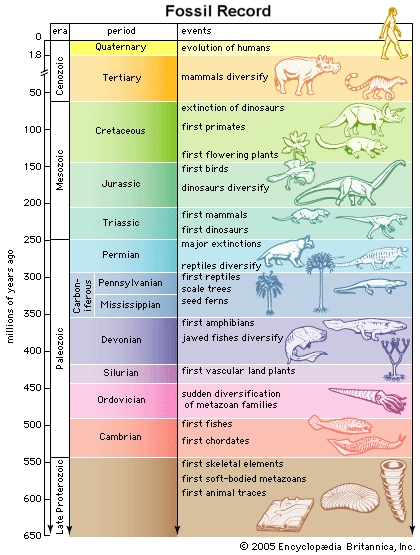 The Phanerozoic – the time of visible life.

Compare to all of Earth’s history:

The Tully Monster is usually found as an impression inside a rock. We have thousands of them preserved and each look pretty similar to each other, so we know that it was definitely an animal. The problem was figuring out what kind of animal it was. Based on similarity with other animals, paleontologists had grouped the Tully Monster with molluscs (the group containing snails, clams, squid, slugs, and more), arthropods (insects, spiders, lobsters, trilobites, scorpions, horseshoe crabs, and more), and conodonts (weird early fish that were only known from individual teeth for a long time). Those are three radically different types of animals, none of which really suited the Tully Monster. 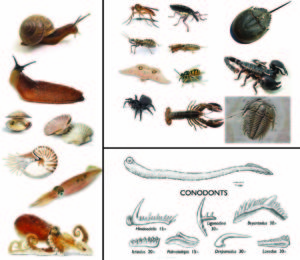 Molluscs on the left, arthropods on the top right, conodonts on the bottom right.

The new study examined over 1200 specimens of the Tully Monster and discovered that it has all of the body parts that define vertebrates. These include:

There are more, but these three features must be seen in an animal to define it as a vertebrate. The authors also performed a computer analysis to determine the Tully Monster’s position in the vertebrate evolutionary tree and found that it is most closely related to lampreys and their relatives.

If you’ve never seen a lamprey, they are long, plain looking fish.

Until you look at their mouth: 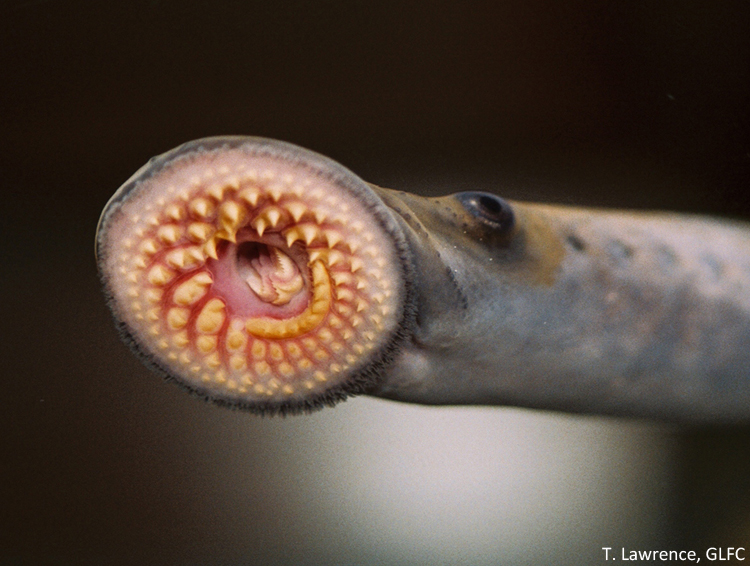 So, the Tully Monster was misunderstood in many ways until this study showed that they are early fish. And that concludes our Tale of Two Fishes.