At the end of September (2016), a new [look] was identified for a dinosaur named Psittacosaurus. Psittacosaurus is an early member of the horned dinosaurs that lived in China in the Early Cretaceous (around 133 to 124 million years ago). 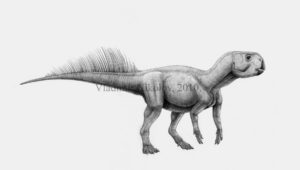 A black and white image of Psittacosaurio. Made by V. Nikolov.

This specimen was found in the Jehol Formation of China, is relatively complete, and preserves the cells that produce scale color (called chromatophores). The specimen has been in a museum display for many years and was recently re-examined by the authors of this paper. The authors wanted to know if the coloration of the specimen could tell us about the environment in which it lived.

How is that possible? Well, many animals today use distinctive color patterns, or coloration, to camouflage themselves or to identify each other in their environments. Animals in open environments, like the plains of Africa, have sharp transitions between their dark and light colors. Animals in closed environments, like in the rainforest, have more of an even coloration, with colors that change more gradually. These differences help animals stay camouflaged and hide the outline of their bodies against the environment. Additional features like stripes help to confuse predators as well. 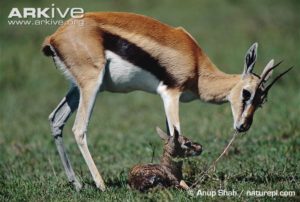 A Thompson’s gazelle showing coloration for an open environment. 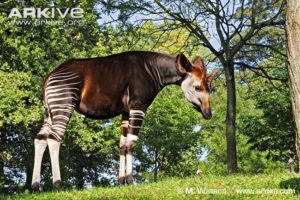 An Okapi showing coloration for a closed environment.

To answer their question, the authors created a life size model of the animal using the most up-to-date calculations on their muscles, organs, and volume. They put the model outside on a sunny day and on a cloudy day, in a field and in the woods and took photos of it under each condition. They used the shadows that the sun cast on the model to predict where the scale color patterns would be for an open and closed environment. 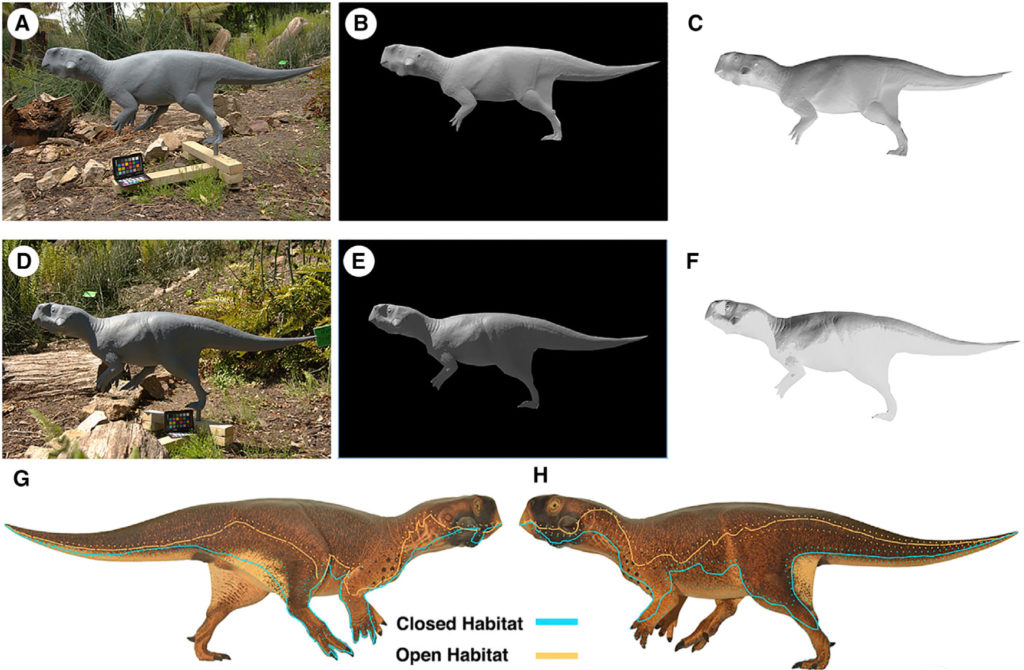 Then they examined the chromatophores in the fossil and mapped the color pattern onto a computer model of Psittacosaurus. The authors found that the coloration on the fossil matches what they would expect from an animal living in a closed environment, like a forest! A dark face could have helped with keeping the sun out of their eyes, balancing body temperature, or signaling to other Psittacosaurus. 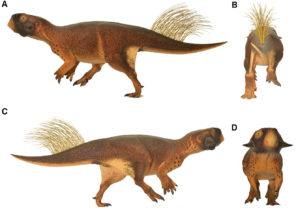 Figure 3 from the paper showing the new look for Psittacosaurus.

Fossil plants from the Jehol Formation confirm that the area was heavily forested in the Early Cretaceous. So the evidence all fits together! Psittacosaurus lived in the forest of China during the Early Cretaceous and its coloration helped it stay camouflaged from predators.