Argentina, my home country, is famous for its beef, Spanish dialect (castellano), soccer players (Messi is unstoppable), and in the paleontology world, for its enormous sauropod dinosaurs, like the recently revealed Titanosaur at the American Museum of Natural History. 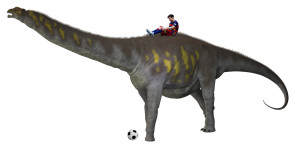 Recently, a paper was published in the journal Ameghiniana talking about a new fossil site in the province of Santa Cruz, in the Patagonia region of Argentina. The site is called La Bajada and it has some amazingly preserved fossils.

I know what you are thinking: Woohoo! More giant sauropods! But this site is not remarkable for its giants, but instead for its plants, arthropods, and tiny organisms. You see, everything preserved at La Bajada is preserved in chert. Chert is a type of rock that has a very fine crystal structure. These tiny crystals allow organisms to be preserved in 3 dimensions, as they were in life. Chert is also very resistant to weathering – the natural process of breaking rocks down into smaller pieces. It’s as if someone was able to go back in time and take a photo, but in 3 dimensions! Everything is perfectly preserved. 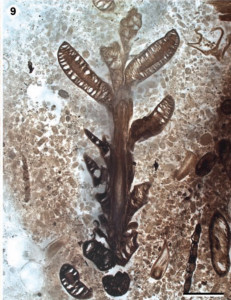 Figure 1 from the paper.

You might be thinking, “But plants are boring! Bring me more dinosaurs.”

First, how dare you?! Plants are amazing!