Primates are a group of mammals that are defined by having large brains, binocular vision, opposable thumbs, and prehensile tails (tails that can grasp). We, humans, are primates. Primates are divided in to two main groups: strepsirrhines (lemurs, lorises, and others) and haplorhines (tarsiers, monkeys, gibbons, orangutans, gorillas, chimpanzees, and humans). 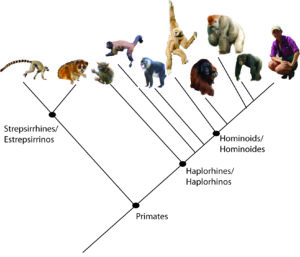 The primate evolutionary tree. (Primate images from Wikipedia, and me!)

You’ll notice that I said the group has prehensile tails. Maybe you’re looking at your butt and notice that there isn’t a tail. Sadly, our prehensile tails (SEE NOTE BELOW) went away when we started living mostly on the ground instead of in the trees. All of the primates that have no tails are grouped together and called Apes or Hominoids.

The diversity of Apes (not including humans).

Now stop looking at your butt because a new [paper] came out in May (2016) that talks about some extinct primates from China. Firstly, I want to point out that the authors went to the field and spent days (maybe even weeks!) excavating these fossils out themselves using a technique called screen-washing. To do this, you take shovel-fulls of rock and dirt and pile it onto a thin mesh screen. You jiggle the screen back and forth to get the smaller particles to fall through the mesh, leaving bigger stuff on top of it. This technique allows you to find really small fossils (like primate teeth) by using smaller and smaller mesh as you separate out the bits. 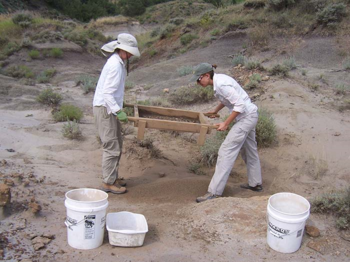 The authors were in Yunnan, China, where sediments from the Eocene-Oligocene Transition (EOT), around 34 million years ago, were preserved. The EOT is a time when the Earth was starting to cool. In Asia at that time, a sea was retreating off the continent, the Himalayas were growing, and the South China Sea was opening. Lots of big changes. 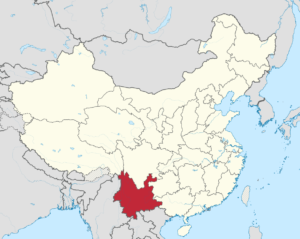 Map of Yunnan, China. (From Wikipedia) 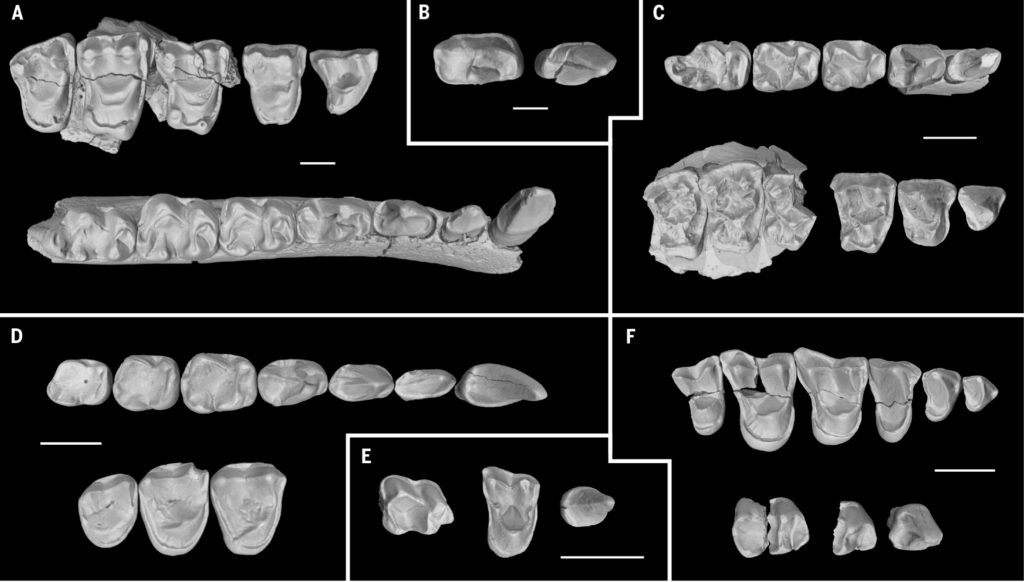 Figure 1 from the paper showing the teeth for each new primate species.

NOTE: J. Scott, paleoanthropologist, pointed out to me that prehensile tails are actually lost in old world monkeys, so we as Hominoids would not have had prehensile tails. However, we might have had tails if they hadn’t been lost in our group.